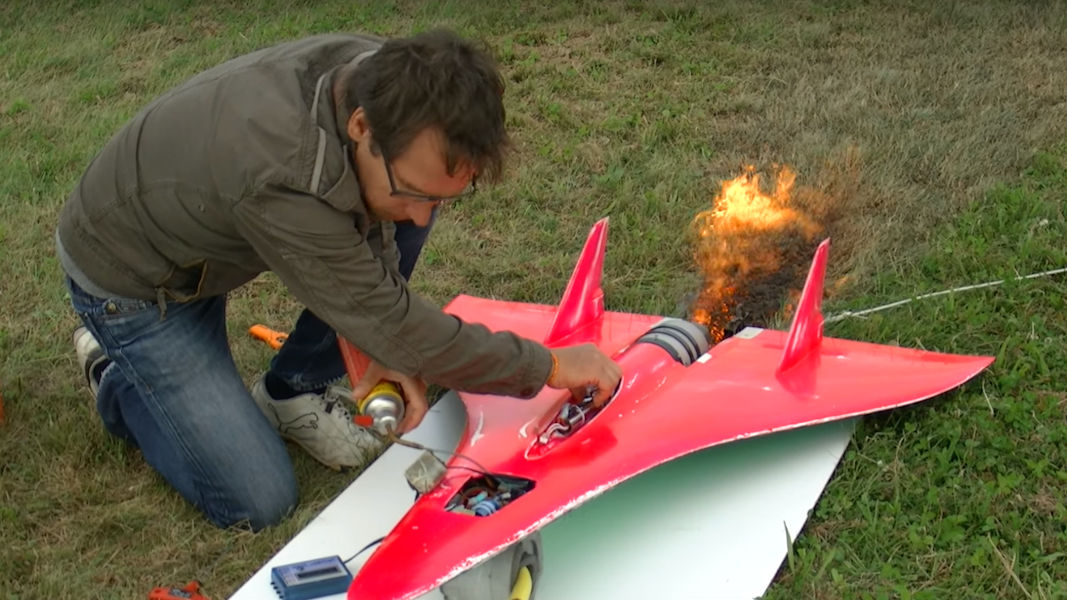 There are toys that go fast and then there are toys that go fast! This RC plane goes super fast. This isn’t the kind of rc toy you buy at your local hobby shop either. Why? Because it has an actual jet engine and can therefore hit speeds up to 451 MPH. German airline captain, Niels Herbrich, designed and built this amazing toy and I for one, would love to have a turn flying it.

It is without a doubt, the world’s fastest remote-controlled airplane. It packs in a Behotec 180 turbine jet engine and in the footage shown here, Herbrich somehow manages to keep sight of the thing and controls it during a world record flight training session in August. It is amazing to see this thing in action and it seems to behave just like a real jet.

I would love to see a bunch of these in the sky all fighting one another and dogfighting, but sadly that is not included here. This plane is impressive all on it’s own though. We may not be able to buy a plane like this, so you’ll have to build one yourself for now. Or somehow convince Herbrich to build you one.

Which image does randomness? #midjourney #aiart ...

Which one looks more like a Steam Punk Darth Maul?